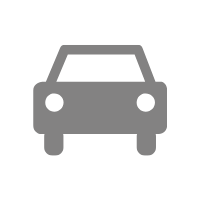 When you have a vehicle, there are a lot of things to keep in mind regarding the proper function of the car. For starters, you should always be on the lookout for issues with the ride, such as a struggling engine or trouble with the way the vehicle handles. However, knowing when to do your own repairs vs. seeking professional help is important too. On this website, you will be able to learn all about how to shop for auto service, and what to do when you think your car has started to struggle. By taking the proper steps now, you could protect your car's value.

Renting a car should be easy, but it can often tur …

Your windshield allows you to get a full view of t …

If you have recently noticed that there are some s …

Nothing is as irritating as a car that won't give …

If your car seems to be losing power whenever you attempt to speed up, there is a chance that the connecting rod that connects and operates the engine's pistons is loose or out of alignment. If your car does throw a rod, it can cause catastrophic damage to the engine. Be on the lookout for the signs below that indicate that your engine may have a bad rod so that you can have it looked at by a professional as soon as possible.

1.  Oil Pressure Stays Low Even after Engine Warms Up

If your car has a loose or misaligned rod, the erratic pumping of the piston to which it is attached will interfere with the flow of oil. This inhibits the building up of oil pressure, which will then cause your engine to lose power when you accelerate.

2.  Engine Makes a Knocking Sound That Speeds Up as You Drive Faster

Another sign that is most often associated with a failing connecting rod is a knocking sound that is heard coming from the engine. As the rod attempts to operate the piston, it will start to strike either the piston itself or the inside of the engine.

Since the up-and-down motion of the pistons increases as you drive faster, you will notice that the knocking also speeds up. Since this is a tell-tale sign of a failing rod, you need to have it fixed since the total failure of the rod is imminent and could leave you stranded on the side of the road at any given moment.

If you ignore the signs above and allow the connecting rod to fail completely, it will most likely be thrown and create an irreparable hole in the engine's block or oil pan. Before this happens and as soon as you suspect that there is an issue, take your car to an auto shop that offers repairs to have them inspect the rod so that it can either be fixed or replaced.